With a fresh easterly blowing and grey skies with rain in the air I set out for Slapton Ley yesterday morning thinking there was a chance of big numbers of hirundines and Swifts over the ley with some skuas and terns passing offshore.......there was nothing. The forecast rain soon arrived and I left.
In the afternoon it started to clear and the wind was now a moderate to fresh South-east. Good conditions for Thurlestone Bay, especially for arriving waders though perhaps they prefer clearer skies ( to guarantee an easier sea crossing ? ). I got to Bob's Car Park around 14:15 where Mike Passman ( http://thurlestonebaybirds.co.uk/ ) had been ensconsed for about an hour. He had seen a couple of Arctic Skuas and 7 Eider before my arrival so there was some promise.
Spent a couple of hours gazing out in the bay and birds flying south included 62 Manx Shearwaters, 25 Common Scoters, 2 Whimbrels, a dark-phase Arctic Skua and 2 Great Skuas. There was a major highlight however. At 15:20 Mike picked up a very distant 'skua' out beyond Warren Point and swiftly changed his mind to raptor. With few buoys etc on the sea he could not give me much direction and I could not find it and by now he could see it was a harrier. Thankfully it was coming closer into the bay and proved to be a superb female Montagu's Harrier ! It flew across the bay and landed in a distant field in from Beacon Point. Thankfully it was flying strongly and not getting hassled by any gulls. One autumn from Bolt Tail I watched a tired Marsh Harrier arrive in Thurlestone Bay in a strong easterly getting chased by gulls and it really struggled to make landfall. It could not be seen once it landed in the field and we do not know how long it stayed there, or if it soon departed.
Always humbling to remember the distances these birds cover and the difficulties they overcome on migration as this twitter account confirms. https://twitter.com/UKmontagus?ref_src=twsrc%5Etfw&ref_url=https%3A%2F%2Fwww.rspb.org.uk%2Fbirds-and-wildlife%2Fmultimedia-and-discussion%2Fsatellite-tracking%2Fmontagus-harrier%2F

Recently I wrote about the link between Cattle Egrets and Colonel George Montagu, well here is the ultimate one, a bird named after you ! The good Colonel of course spent his last years ( 1798-1815 ) living in Kingsbridge and is credited with confirming that the 'Ash-coloured Falcon' was different to the Hen Harrier and developed from a 'ringtail' plumage. No doubt a few pairs bred around the 10k patch back then. Here's to you George, maverick soldier and cutting edge birder. 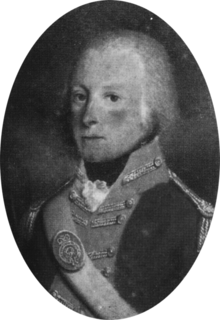 Posted by Perry Sanders at 08:52 No comments: